5. The columns in Piazza San Marco

The column is often a decorative element, and other times it is an important structural element. Venice has a particular relation with this architectural element, Myths, legends, historical truths intertwine towards the sky of the lagoon, raised by the spiraling pitch of the Venetian columns.

Firstly, laterally to the Saint Mark’s Basilica, there is a pair of columns; tradition affirms they come from St. John of Acre, a very important port hub of the Holy Land and last fortress of the Knights Templar in the Middle East. 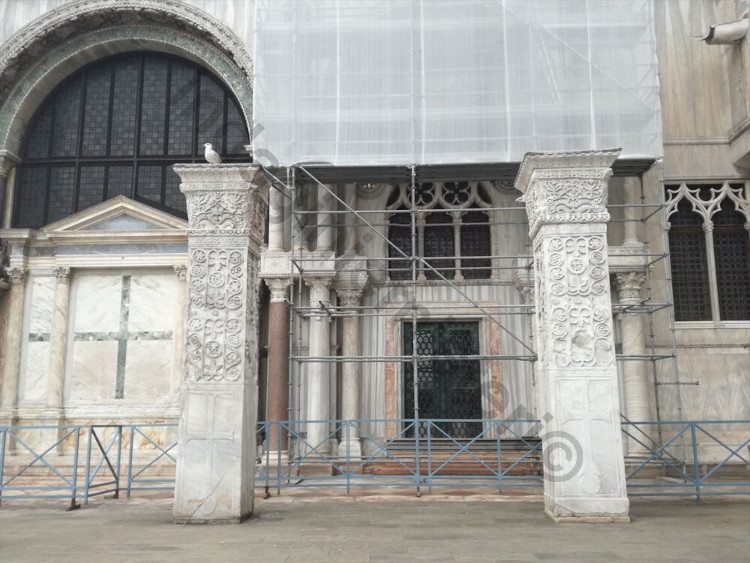 The Acritan Columns would have arrived in Venice after the conquest of St. John of Acre in 1266. It is told they were jambs of a church, the temple of San Saba, which was granted for the exclusive use of the Genoese merchants who transited the city. When the first scruffles between Venice and Genoa started, the church would have been destroyed and the columns were brought to Venice. Recent studies [7] and important archaeological findings do not corroborate the story, stating that the columns may come from the ancient Constantinople. Then, they were brought to Venice after 1204, the date of the conquest of the Turkish city, and they were originally part of the Church of St. Polyeuctus. 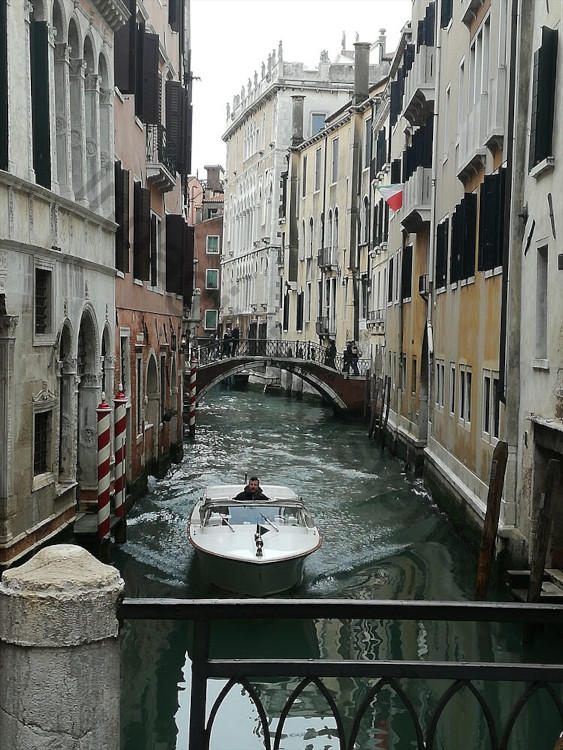 The columns of the Doge’s Palace

Near the St. Mark’s Basilica, in the first gallery of the Doge’s Palace, there are two porphyry columns, whose color is different from the other ones. 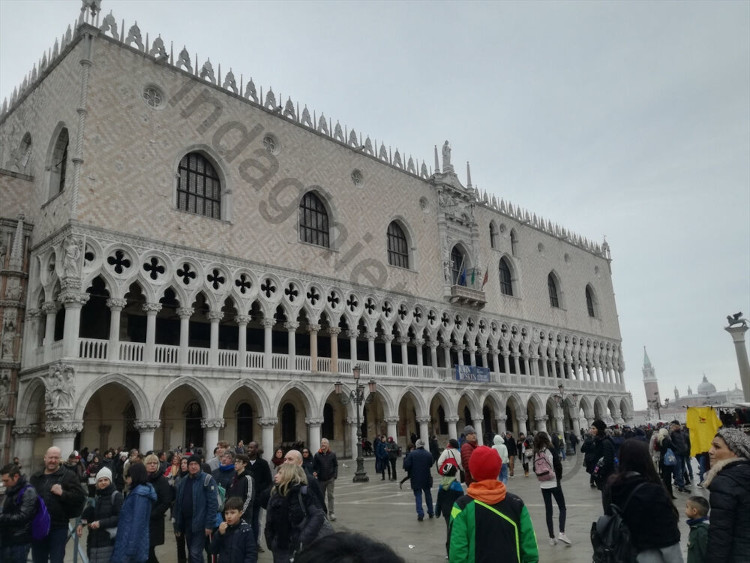 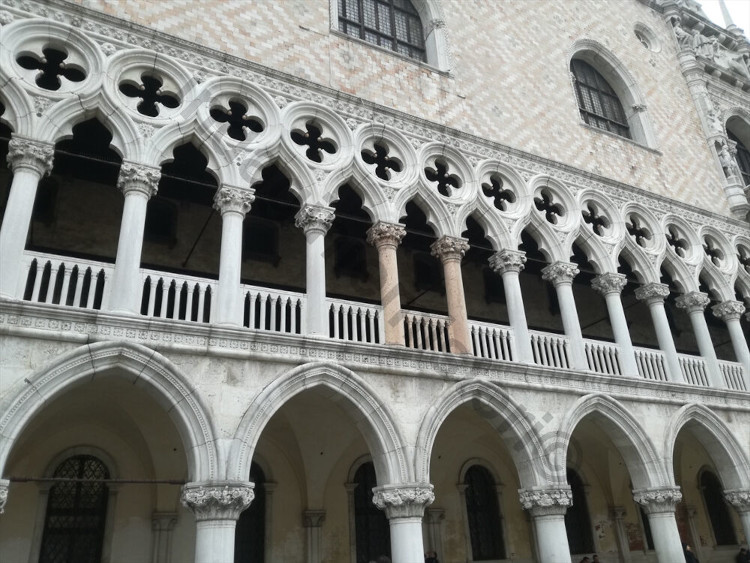 According to the Venetian tradition, the death sentences of the aristocrats condamned were proclaimed. Here, they were hanging at the view of the crowd below. Additionally, it is told that the last possibility was given to them: if they succeeded in making the turn of a column placed at the edge of the sea, without falling into the water, they were granted grace. 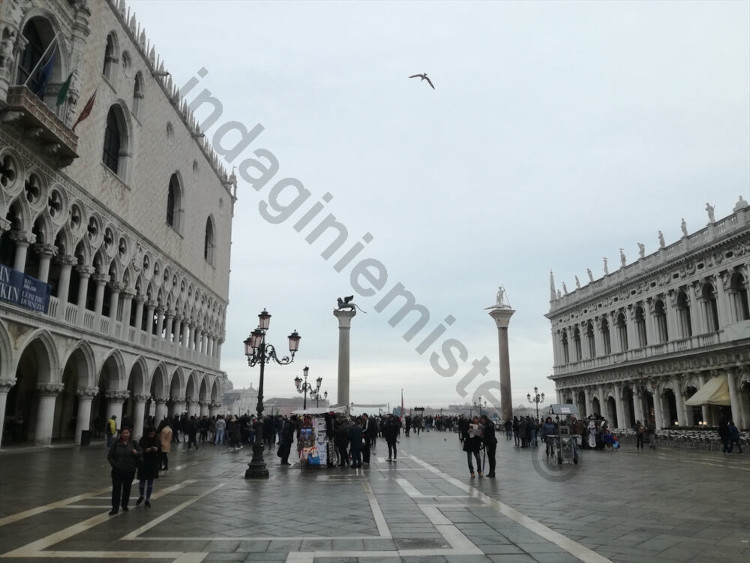 The Columns of St. Mark and St. Theodore in Venice

Two giant columns are located at the edge of the square. They are the St. Mark and St. Theodore’s columns. One of them stands the winged lion, symbol of the city and of St. Mark, whilst the other represents the Byzantine St. Theodore of Amasea. 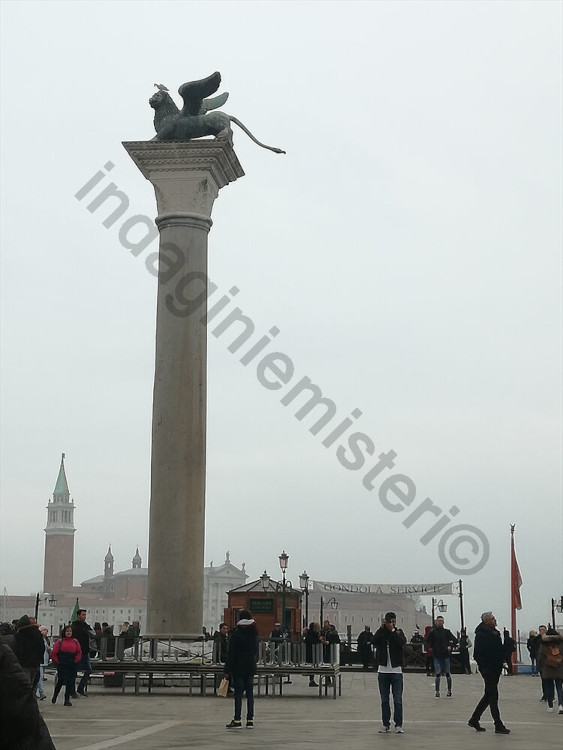 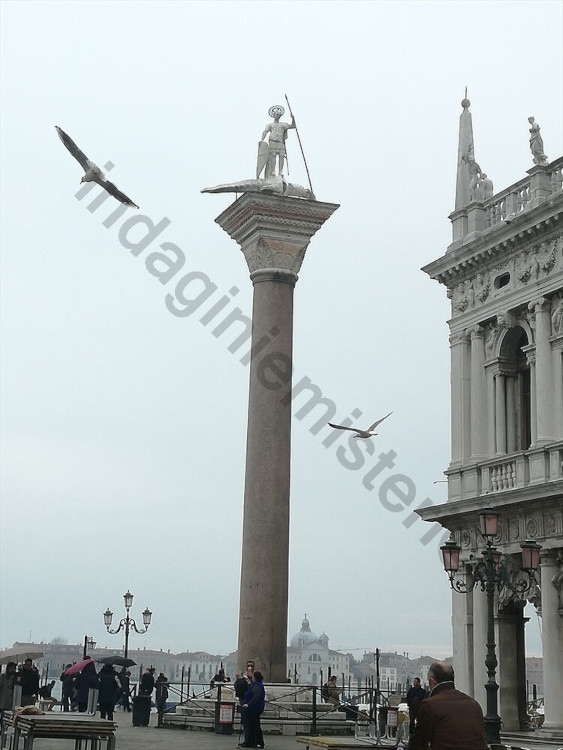 Hence, it seems that at the beginning the columns were three. The third column, however, did not come to Venice since it sank in 1172, falling from the boat that carried it. In 2017, with the collaboration of the Municipality of Venice, a complex tomographic survey of the marine subsoil was launched, in order to verify the presence of the find in the lagoon. The research took the name of “Aurora Project”. 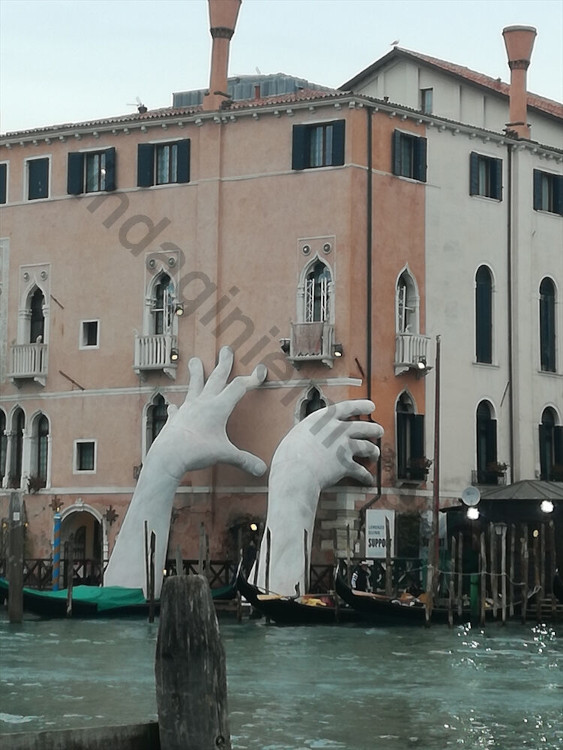 The “Hand”, work of the artist Lorenzo Quinn 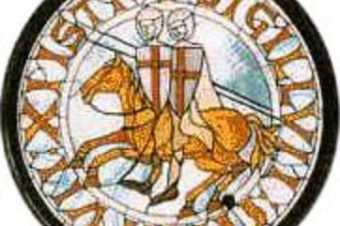 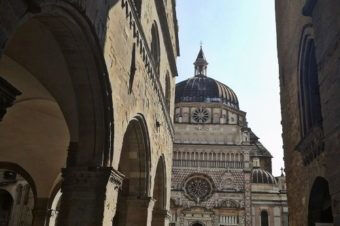