The Phaistos Disc is one of the most famous and unresolved archaeological mysteries. The enigma has risen when scholars examined one of the findings from the Minoan palace of Crete.

Finding of the Phaistos Disc

On the 3rd of July 1908 the Italian archaeologists Luigi Pernier and Federico Halbherr have found a little terracotta disc near a wall of a palace located in Phaistos, a city with a glorious past as urban settlement of the Crete civilization in the Bronze Age (3000-1500 B.C.). The discoid artifact is 16 cm in diameter and 16 mm thick, and has many engravings on both sides. The first stratigraphic surveys on the remains of the palace where the disc was found showed a dating of 1700 B.C. However, the disc could be more ancient.

Issues relating to the find

After its find, the scientific community debated about some issues still unknown. Firstly, the scripture of the disc is unknown. Probably it is a hieroglyphic form of a language that scholars don’t know. Only after 1908 rare finds have presented similar logographic characteristics [1]. The symbols seem to be written in the terracotta by a movable type mold system, impressed when the clay was still fresh. It is an extraordinary system. Only after the invention of the printer by Gutemberg this principle has been applied all over the word. The second opened question relates to the utility and function of the disc. Finally, archaeologists debate on a vital question: does the Phaistos artifact really pertain to the Minoan civilization of Crete?

The strange scripture of the Phaistos Disc

The hieroglyphs of the Phaistos Disc are arranged in a spiral on both sides of the artifact. Historically the verse of reading is debated, although now it is hypothesized the correct direction is from the external to the internal, clockwise. Totally 241 symbols are impressed, often repeated, surrounded by separation lines.

The linguistic system of the scripture

45 symbols can be identified on the Disc, leading to a first consideration about the writing method. In fact, three different typologies of a graphical linguistic representation can exist.

The logogram (or ideograms) are the most primitive form: the wanted figure is depicted, like in the Egyptian hieroglyphs and in the modern Chinese. For this reason the number of symbols adopted by these languages is high, at least thousands, cause they represent concepts or objects. This is not the case of the Phaistos Disc.

The alphabetical and syllabic languages are purely phonetic and not figurative: both translate into sound a combination of letters or symbols. Nevertheless, a figurative element of the alphabetical system corresponds to a syllable. Those linguistic systems adopting an alphabet are simple and the language is complex, like the Russian, which has 32 letters. The Phaistos Disc hosts 45 figurative elements, then the linguistic system could be syllabic. Moreover, even it is difficult to confirm, the strange language found in the Disc could be mixed, like the Egyptian hieroglyphs: logographic, syllabic and alphabetical at the same time.

The glyphs of the Phaistos Disc

Below some of the possible interpretations of the 45 hieroglyphs of the Phaistos Disc (after the Evans numbering).

The 45 hieroglyphs of the Phaistos Disc appear arranged in 61 words, in the sequence:

Similarity with other writing systems

Although the scripture of the Phaistos Disc is completely unknown, several studies have tried to find a similarity with other languages. Among them, the Linear A and B (the writing systems known in Crete during the Minoan civilization), the Egyptian and Anatolian hieroglyphs. Numerous are the differences with the hieroglyph system of Crete, used simultaneously with the Linear A. Instead, the Linear B certainly originated from the Linear A in a subsequent time and it is the only partially decrypted.

A difficult work: the decryption of the Phaistos Disc

The function of the Phaistos Disc is strictly linked to its decryption. Several interpretation attempts obtained only partially satisfactory results. Some scholars have suggested that the Phaistos Disc could represent an astronomical calendar, a call to arms or an ancient board game. It is certain that, due to the lack of additional remains with the same writing, every decryption attempt cannot be confirmed. The few symbols of the artifact don’t allow a decisive statistical analysis. Moreover, it’s not possible to make a comparison based on the phonetics or the meanings found in other contexts. In any case, even if the logographic meaning of the Disc were identified, it would not be possible to extract its phonetic.

In 1939, during a series of archaeological excavations at the Hohlenstein-Stadel cave in Germany, some... Read More 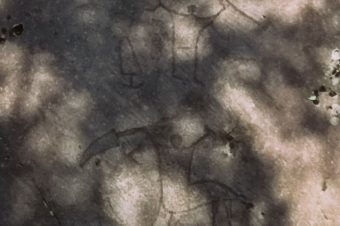 Since his appearance the Homo sapiens has engraved important historical and symbolic evidences on the... Read More