The philosophy of Mystery

“We dance round in a ring and suppose, but the Secret sits in the middle and knows.”. [Robert Lee Frost]

How many times have we been entranced by the unfathomable beauty of a work of art, by the magnificence of a painting or the ethereal plasticity of a sculpture? And how many times in life have we paused to observe a fascinating eyes that has stirred something deep inside us? I vividly recall the unmistakable noises of the train station at night, its scents, the atmosphere marked by the ineffable feeling of melancholy. Between faces, all of which were different and all the same (or who knows, perhaps only in my memory), the railway tracks disappeared indefinitely, like incorruptible sentinels that escorted the human soul towards the infinity.

How to describe the elusive feeling of vertigo, the controlled emptiness that one feels when walking along the aisles of a majestic cathedral? There’s no doubt we are occasionally pervaded by an indefinite sense of mystery. It is so unintelligible as to be itself a figuration of the mystery, an indescribable enigma that digs and upsets the human soul; that throws it towards a dimension outside itself. The philosopher and writer Herman Hesse wrote that “walking outside, at night, under the silent sky, along a rivulet that runs quietly, it is always something full of mistery, and moves the abyss of the soul”.

Picture 1. Sense of mystery: the Abbey of Saint Galgano

The sense of mystery is a sudden spark in front of the darkness, it lights a revealing fire. Looking at the prospectus of a Gothic building or contemplating the sunset, we feel naked, we are suddenly imperfect in front of the infinity. It is the platonic Myth of the Cave [1]. The story of the men who have always lived imprisoned in a cave, forced to observe a mild fire on the edge of the shelter. Ignoring the existence of the sun, they lived convinced shadows were the only reality of existence. But those were just a mocking illusion, a mere apparent truth.

The revelation of the mystery causes the intuition that existence is unfinished, something is hidden beyond the dimension of the shadows in which, until then, man saw the world projected. This sudden sense of incompleteness forces him to look for lost harmony out of himself. The mystery pervades the soul of the writer, the artist, the navigator, even the scientist… through them the unknown manifests itself in the creation of art and science, or during a journey.

Regarding this the physicist Albert Einstein wrote: “The most beautiful thing we can experience is the mysterious. It is the source of all true art and science”. Similarly Thomas Mann said that “The mystery sets fire and tension to our every word”, and Francis Bacon said too “The job of the artist is always to deepen the mystery”. It generates, creates; it “is”, as a fundamental essence of the human nature. The mystery leads to the spirit of discovery, so dear to Aristotle and his Peripatetic school, whose members made passionate scientific and philosophical investigations about the world. Always dynamically in motion, they put the question above the answer, the enigma before every possible and apparent truth.

The existential dimension of the human being looks like a dark room, without any light, in which he is located and he don’t know why. It is similar to those fishes that, while they are swimming, suddenly ask themselves “what is the water?” [2]. In the same way, a man lives without knowing how to be able to define what life is. He is poised on the edge of existence, he is among a present in tension between the opposing forces of a memory that is never equal to itself (where am I from?) and a future full of uncertainties (where am I going?).

The past, therefore, is a mystery, because it exists only when it is remembered at present. Equally, the future is a mystery too: an enigma composed by choises and perspectives (telos), events trascending the human will. Among these two opposite poles there is the human moment (who am I?). howewer it is the greatest unknown, because it continuously escapes.

The uncertain dimension of existence

This uncertain dimension of existence concerned man since his beginnings. Immersed in a wild nature, he had to resist to the most bloody laws of survival. Until a few thousand years ago the human being was no different from the his closest evolutionary relatives: the anthropomorphic monkeys. He lived a simple zoe life, as it was defined by the ancient Greeks: a perspective indicates the mere fact of being alive, common to all creatures. Moreover, primitive man (then as today) was characterized by a basic imperfection, which placed him in a situation of dramatic evolutionary disadvantage [3]. In fact, he has no fur, no claws, no wings, or anything else could have saved him from the natural selection. However, about 40,000 years ago a surprising turning point occurred.

The tragedy of existence led him to look for new forms of essence that could give meaning to the world. The human being elevated himself to the bios dimension, the form that, according to the Greeks, expressed the life of an individual or a group. A complete expression of life bios is culture, in all its manifestations, as anthropologist Geertz stated: “the web of significance that individuals created and continue to recreate, remaining so enmeshed” in order to “understand the experience and impose an order on the universe, which would otherwise take the form of a huge confusion” [4]. Through this signification of life, the Paleocene man initiated to face the fear of adaptation to the hostile environment. He started to represent nature with a system of codified and recognizable symbols. The human being began to differentiate himself from the animals: 40,000 years ago the man became properly a man. 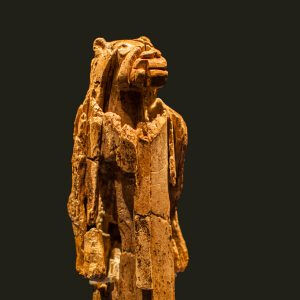 Picture 3. The sculpture of the Lion-man of the Hohlenstein-Stadel is the first symbolic manifestation of the human being, dated about 32,000 years ago.

Therefore the concept of the symbol, in its cultural meaning, today assumes a fundamental importance . The symbol is the primordial answer the human being provides in front of the loss of existence, the manifestation of the unfathomable sense of mystery. Since ancient times the symbol assumes a strong apotropaic connotation aimed at ideally protecting existence. Symbolic knowledge is thus configured as a specific cognitive path, which integrates with rational knowledge. Culture, in this sense, is a second nature. It builds frames of meaning within our world.

After such considerations, it seems obvious the primordial forms of religion, magical-animistic [5], were totemic and symbolic. They expressed themselves through a codified system of signs and rituals. The celebrations of the rites, propitiatory or of passage, were intended to guarantee a sort of psychological security to the participants, through perfectly structured, repeated actions with metaphysical efficacy. Concerning this, the historian Mircea Eliade wrote that “transforming all physiological acts into ceremonies, the archaic man strives to go beyond, to project himself over time, into eternity”.

Picture 4. The Tomb of the Diver in Paestum depicts the passage from life to death of an important initiate of sacred mysteries.

It is no coincidence that today’s term “mystery” derives from the Greek “mysterion”: it was just an ancient and secret rite, reserved to few initiates in the cult. From an etymological point of view, it is representative as the opposite of the symbol (from the Greek συμβάλλω – symballo, “putting together”) is the term devil (Διάβολος – diábolos, “he who divides”). Symbol and devil are the opposite poles of the ritual manifestations of the ancients. In short terms, the primordial religions started from the mystery of existence. Through complex systems of cultural superstructures, such as rituals and symbolisms, they aimed to exorcise the unknown, the enigmatic meaning of life.

From that moment on, the existential condition of man has not changed; despite the enormous cognitive development that our species has had in millennia of years, we are still those fish that question themselves about the water, or those men enclosed in a cave. The sense of mystery continues to fascinate us and inspire fear at the same time. Our only hope to fully understand who we are is to look to the past, to the historical and cultural roots that determine us today, as well as to the future, a metaphor for a long and fascinating journey without return.

“The charm of the unknown dominates everything.” [Homer, Odyssey]

“..for there is nothing mysterious to a seaman unless it be the sea itself, which is the mistress of his existence…“. [Joseph Conrad]

“The highest knowledge is to know that we are surrounded by mystery“. [Albert Schweitzer]

“Only one journey is possible: the journey within. We don’t learn a whole lot from dashing about on the surface of the Earth. Neither do I believe that one travels so as to eventually return. Man can never reach back to the point of origin, because he has changed in the process. And of course we cannot escape from ourselves; what we are we carry with us. We carry with us the dwelling place of our soul, like the turtle carries its shell. A journey through all the countries of the world would be a mere symbolic journey. Whatever place one arrives at, it is still one’s own soul that one is searching for“. [Andrei Tarkovsky]

“Into the most secrets depths of the soul the symbol strikes its root; language skims over the surface of the understanding like a soft breeze”. [Johan Jacob Bachofen]

[3] Arnold Gehlen, Man, his nature and place in the world; Helmuth Plessner, “The Levels of the Organic and Man“.

[4] Geertz, The Interpretation of Cultures