Since its anciest conception, the siren symbolism is permeated by a terrifying and dangerous aura. It represents the man’s condition in the grip of the spell: the lost of the ultimate intellect, in favor of the abandonment to the senses and to temptation overall. These particular features accompany the Seirḗnes (Σειρῆνες) since their literary appearance in the Homer’s Greece. In fact, in his majestic work, the Odyssey, it is possible to read:

“First you will come to the Sirens who enchant all who come near them. If any one unwarily draws in too close and hears the singing of the Sirens, his wife and children will never welcome him home again, for they sit in a green field and warble him to death with the sweetness of their song. There is a great heap of dead men’s bones lying all around, with the flesh still rotting off them” [1].

The Siren’s symbolism in the classical age

Homer represents sirens like fearsome tempters, which live in an island located near Scilla and Cariddi, and express their dangerousness through the singing. It is so melodious and persuasive that it falls into temptation even the most irreprehensible of the heroes. Homer expresses what it was this irreproachable temptation during the classical antiquity. The sirens reveal this with persuasion:

“Come hither, as thou farest, renowned Odysseus, great glory of the Achaeans; stay thy ship that thou mayest listen to the voice of us two. For never yet has any man rowed past this isle in his black ship until he has heard the sweet voice from our lips. Nay, he has joy of it, and goes his way a wiser man” [2].

The trick thus consists in the unbridled desire for knowledge, that leads to the unreason, the loss of contact with the reality. Aware of the danger, Ulysses gets himself chained to the mast of his ship, finding his salvation.

Curiously, Homer didn’t describe sirens physically. This “lack” contributed to make rather diversified the representation of their symbolism overtime. In the time of the Hellenic poet, in fact, sirens had a  different appearance than today.

Reporting the mythological narration of the Argonauts, the poet Appollonius of Rhodes clarifies any doubt, since they meet the sirens: “similar to maidens in the body and partly birds”.

This symbolic perspective may explain the origin of the myth. Not rarely, sailors would hear distant moans from the middle of the sea. In all likelihood, they were the songs of shearwaters or seagulls in flock.

The Siren in the Middle Age

Since the Middle Age and the advent of the Christianity, sirens changed their aspect assuming the fish tail, similarly to the current representation. This iconography’s change substantially took place thanks to the influence of the Celtic culture and mythology. The 9th century Liber monstrorum de diversis generibus makes a concise description:

“The sirens were marine maidens who cheated sailor with their beautiful appearance, gladdening them with their songs; from the head to the navel they have the body of a maiden and are similar to the humans; but they have scaly fish tails that they always hidden in the whirpools” [3].

Since then, the symbolism of the Siren appeared particularly in the Romanesque and Gothic decorations. It has frequently a forked tail form, carved in prestigious capitals. The symbolistic connotation of the siren, referred to the spell, persisted even with a change of its sense. In fact, during the Middle Age, it assumes the personification of infidelity and carnal temptation. 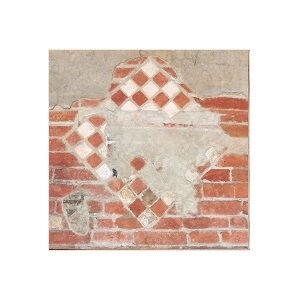 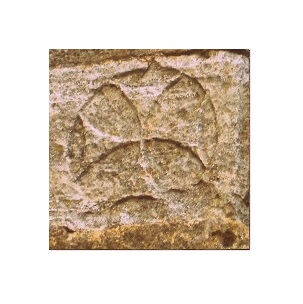 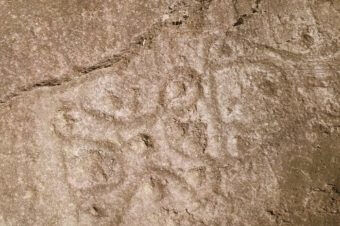